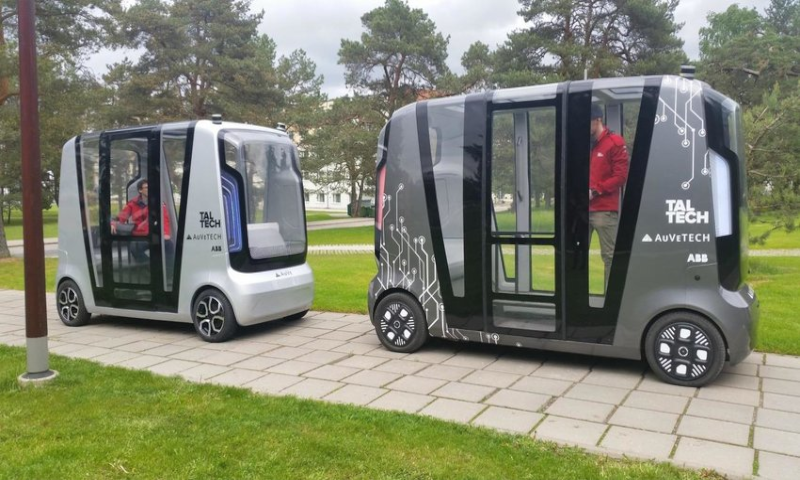 In June 2017, a research team from Tallinn University of Technology (TalTech) in Estonia took on a challenge to build an low speed autonomous vehicle using open source methods which resulted to Estonia’s first self driving vehicle ISEAUTO.

The project was a joint effort between TalTech and Silberauto Estonia. The TalTech team took the task of providing the AV electronics and software system whereas the mechanical assembly and body design is focused by Silberauto.

Considering the time and cost constraints, the hardware components used were over the counter products like Velodyne Lidar, PC with Nvidia graphics card, point grey cameras. The key challenge was to get the right software which can help the system recognise the environment. To do so, the team found out open source software’s like Nvidia Drive , OpenPIlot, Baidu Apollo, and Autoware.

TalTech team choose to use the Autoware software based on the completeness, independence and governance structure.

“To build an autonomous vehicle is not an impossible task and something only big OEM can do. A key to the success was the availability of open-source software upon which we could build our system design.” said Raivo Sell, Senior Researcher and Program Manager of Product Development and Robotics Company at TalTech University.

You can find the demonstration of the AV shuttle here.

Speaking on the project TalTech, Rector Prof. Jaak Aaviksoo said: “We invested in the project because we believed that developing AV technology was such a multifaceted challenge that every ambitious academic community at the university could contribute. We thought that TalTech had both smart people and novel ideas to participate.”

This unique project has attracted the Advanced Mobility Institute at Florida Polytechnic University and made collaboration with the ISEAUTO team for further research on autonomous vehicles.