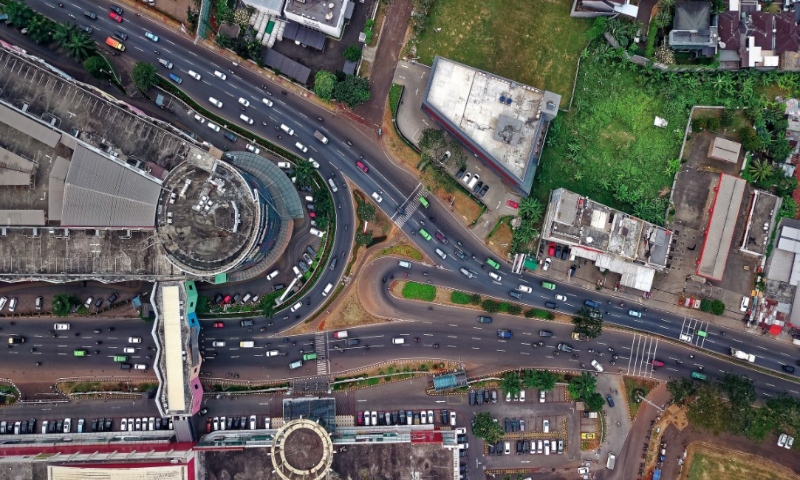 Automated vehicles rely heavily on data-driven methods, especially for complex urban environments. Large datasets of real world measurement data in the form of road user trajectories are crucial for several tasks like road user prediction models or scenario-based safety validation. So far, though, this demand is unmet as no public dataset of urban road user trajectories is available in an appropriate size, quality and variety.

By contrast, the Highway Drone Dataset (highD) has recently shown that drones are an efficient method for acquiring naturalistic road user trajectories. Compared to driving studies or ground-level infrastructure sensors, one major advantage of using a drone is the possibility to record naturalistic behavior, as road users do not notice measurements taking place. Due to the ideal viewing angle, an entire intersection scenario can be measured with significantly less occlusion than with sensors at ground level. Both the class and the trajectory of each road user can be extracted from the video recordings with high precision using state-of-the-art deep neural networks.

The fka GmbH together with the Institute for Automotive Engineering of RWTH Aachen University have developed the creation of a comprehensive, large-scale urban intersection dataset with naturalistic road user behavior using camera-equipped drones as successor of the highD dataset. The resulting dataset contains several types of vehicles, but also vulnerable road users such as bicyclists and pedestrians, at intersections and is called inD dataset (Intersection Drone Dataset). The dataset consists of 10 hours of measurement data from four intersections with more than 8400 vehicles, 2400 bicycles and 3300 pedestrians. More information and the application for a free non-commercial license inD dataset is available online.