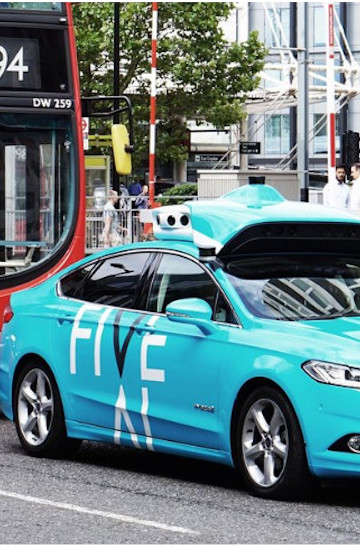 For the first time, driverless cars trials are set to carry passengers on UK streets as a government-backed initiative launched in London. Despite the fact that the trials are not open to the general public, volunteers have been selected to ride as passengers in the vehicles, which are currently operating on two routes. At its current stage of development and testing, a driver is in place to take over the control if needed. Though the emphasis is on allowing the vehicle to drive itself and finding out how the volunteer passengers respond to commuting in a driverless car.

The trials are running through a consortium called ‘StreetWise’, which includes Direct Line Group, one of the UK’s largest car insurance providers, and TRL, an independent organisation focused on transport innovation. A British start-up FiveAI is leading the project by supplying the software that controls the vehicles. The software provided by FiveAI has been developed and tested on complex UK roads. According to FiveAI: “self-driving services could offer citizens a safer, greener, more convenient and increasingly affordable alternative to the urban commuter car”. The start-up is working with partners to make these services a reality in European urban environments.