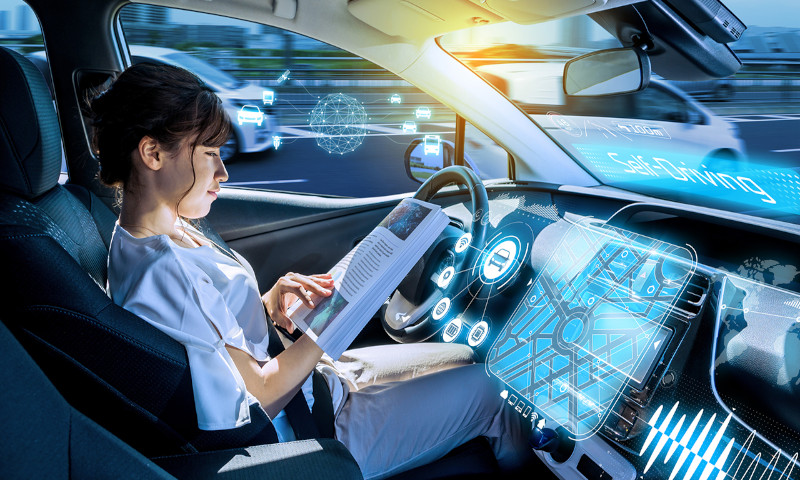 The future of connected automated vehicles with 5G.

5G technology is on rise in automotive applications with the advancement of in-vehicle technologies, Internet of Things (IoT) innovations and deployment of high-speed networks. Speaking on the importance of 5G and the future of connected automated vehicles, Nathan Wade, Strategic Account Manager, Digi International recently wrote an article: “5G IoT and the future of Connected Vehicle” in the company’s blog of Digi.

He also wrote that today’s technology is enabling the future of autonomous vehicles. He mentioned the Intelligent Speed assist (ISA) which determines the vehicles speed using a GPS system. He expressed it is an interesting technology which can likely play a part in the development of the autonomous vehicle. He wrote: “In terms of autonomous vehicles, a map with speed limits incorporated into it will be essential. While machine learning and AI will enable self-driving cars to read speed limit signs, the signs may not be prevalent enough to keep the vehicle informed.”

Speaking on how 5G will enable autonomous driving, Nathan Wade wrote: “One of the key features of 5G is that it will allow cars to communicate with each other. This will open up the possibility of data sharing, from current speed and destination to previous road conditions. A car heading in one direction will automatically share data with a car heading in the opposite direction.”  He added:“Cars will coordinate at stoplights and stop signs. Drivers running red lights will become a thing of the past. In the long term, several decades down the line, we could find that stoplights and stop signs are eliminated altogether as driverless cars can coordinate their actions without a sign or signal. Traffic jams will be reduced or eliminated as self-driving cars can drive in closer proximity to each other. Also, autonomous cars don’t slow down to rubberneck.”

The author concluded on the transition and wrote that the transition of self-driving cars will not happen overnight but would gradually change. He believes, technologies will improve over the time and will be introduced. The restrictions might still exist but at some point, in time, a car will be produced without a steering wheel.