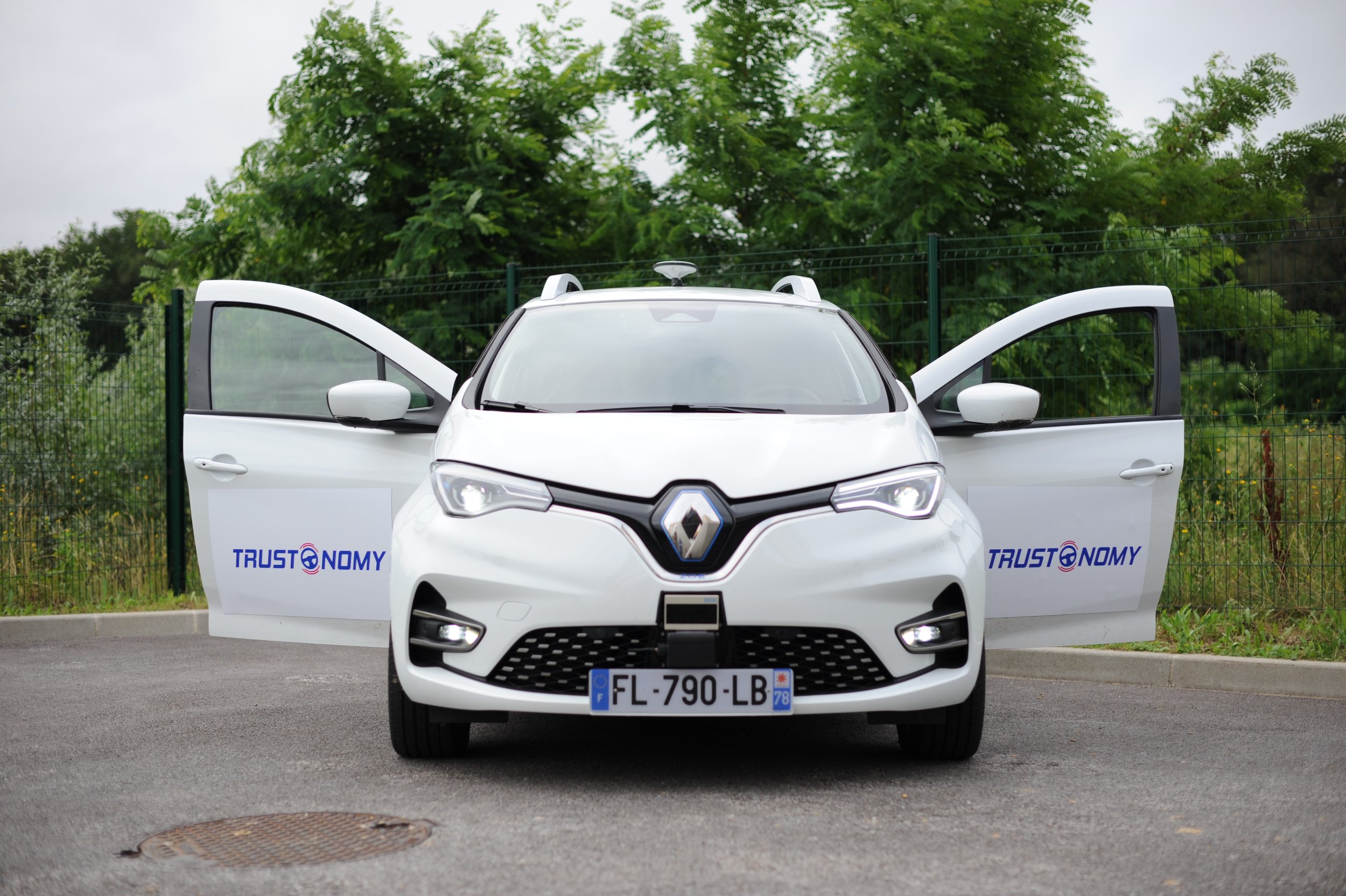 Trustonomy has completed its preliminary trials consisting in a first iteration of tests on the initial release of project pillars’ developments.

Beyond the pilot locations already presented in the past , i.e. at the Motor Transport Institute, Warsaw, and University of Leeds, further trials have taken place at the Gustave Eiffel University, in Versailles.

The tests have been performed in a controlled environment with a newly automated passenger vehicle (Renault Zoe), bringing to the road the automated decision-support framework previously developed within a driving simulator, based on Pro-SiVIC from ESI group.

UGE has a strong experience as a research and test centre; the French pilot’s overall focus in the upcoming months is on the evaluation of specific Trustonomy developments by collecting data during automated driving and Request-to-Intervene conditions involving external participants, as well as a survey on the measurement of drivers’ trust in autonomous driving.